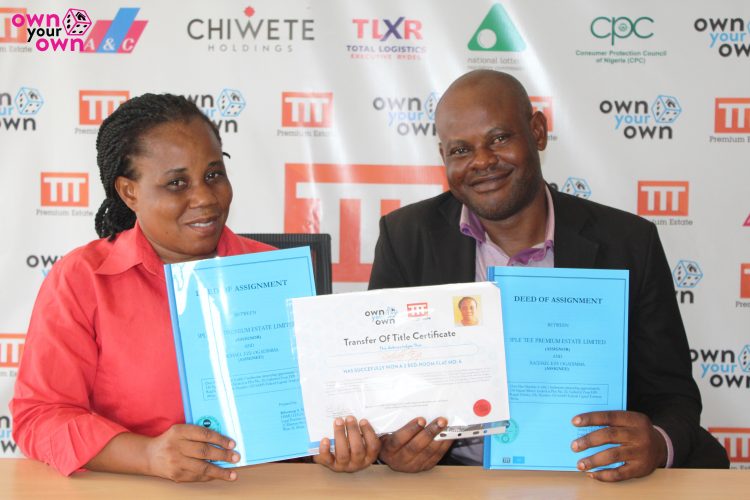 All through the month of January, commonly regarded as the longest month of the year after all the festivity and spending during the Christmas and New Year holidays, this still did not dampen the excitement and anticipation of our participants as they stayed in high spirits and waited patiently for the Own Your Own promotion live raffle draw scheduled for, the 29th  January  and Ms. Rachael Eze  our lucky home winner for January, was one of those expectant and hoping fortune smiles on her.

She recalls the first time she heard about the Own Your Own promotion, she was listening to the radio Wazobia 99.5 Fm when she heard officials of Triple-T Premium Estate on their regular live radio program talking about the promotion and as she listened, she made up her mind to give it a try.

Though she could not purchase a ticket the 1st time she heard about the promotion, she was still present at the December raffle draw and watched as Mr. Ologbonyo Ayodele emerged the lucky winner of Flat 7, this further strengthened her resolve to participate and a few weeks into the New Year, she was finally able to purchase her tickets alongside her Fiancée, Mr. Anthony Elija.

The morning of January the 29th came and, Ms. Rachael Eze who lives in Bwari, a suburb of Abuja said she arrived early at the venue of the draw that morning (located on the property being won). After waiting for a while, she decided to leave and go to her church where she works, as the draws won’t be starting till the scheduled time on the program of the event; 1pm.

She had planned to return when the draw had commenced, though after she left and the hours went by, she soon realized she may not make it back in time for the live raffle draw.

However, whilst caught up with activities of the day and was in a taxi, her phone rang. She remembers hearing her phone ringing and she received that one phone call that would change her life for good!

As the draw event kicked off promptly by 1pm and progressed till it got to the main item in the event, (The Live Raffle Draw for the Grand Prize, Own Your Own Flat 6) all purchased tickets were entered into the raffle draw Box. Tickets are collated and verified by the independent auditing firm Adenusi and Company and the draw process administered by representatives from the Consumer Protection Council and the National Lottery Regulatory Commission, with all ticket numbers in the raffle draw box, the box is rolled randomly in  both direction,  and mixed repeatedly  and then  a neutral person (someone who did not buy a ticket) from the crowd comes on stage and picks a ticket from the box, which is the winning ticket.

Its drum roll! And the ticket picked was Ticket Number 7CC8FFE, with name Rachael Eze, the lucky winner of the Own Your Own 5th Draw grand prize, a premium built two-bedroom apartment! As soon as her ticket was drawn,–after the name and ticket number were called out to the live audience, she was then contacted via phone. 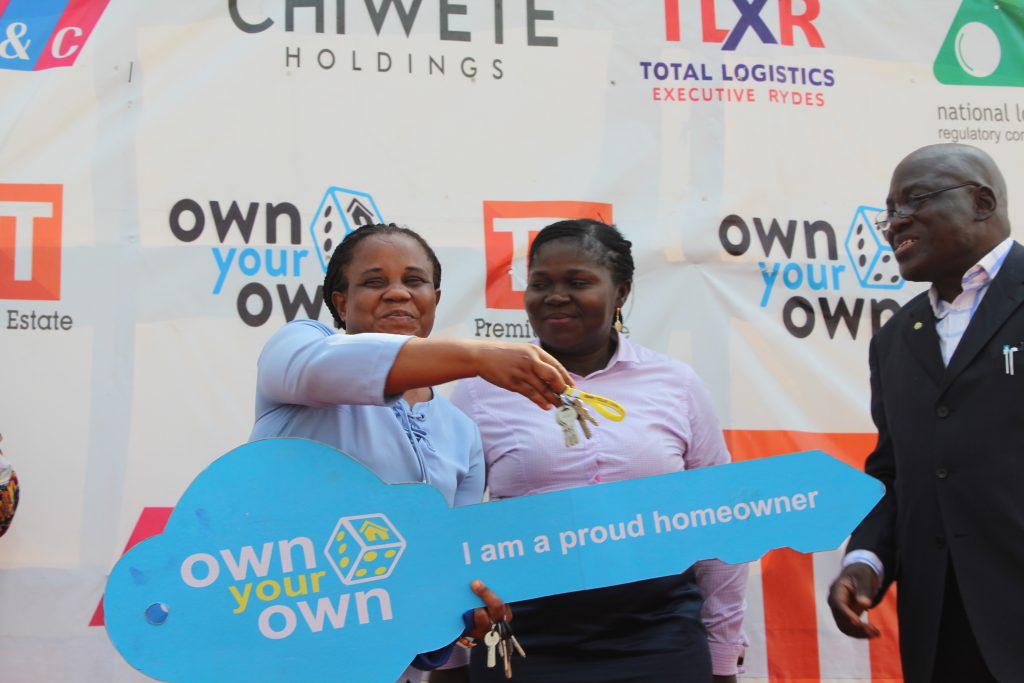 Describing her reaction on receiving the news of her win, she said,

‘When I got the call from the events compare, the popular Abuja Radio Personality Willy-Willy, I was very excited, but because I was in a vehicle, I just tried to compose myself. From that moment it was like words ceased out of my mouth. I was so short of words, and I quickly made my way back to the draw venue as fast as I could.

During her red-carpet interview with the Own Your Own media crew, Ms. Rachael stated that she never had any doubt about the authenticity of the Own Your own promotion, rather, she had hope.

“I have believed the promotion, its real right from the beginning, I followed the program during previous draws and I was optimistic that one day it will get to my turn and now I am a winner.’ She continued by saying, “The beginning of any success is believing. If you believe something will work for you, then it will work for you. This thing is real, and it has worked for me.”

“I thank God, I’m so happy! I’m so so happy and words alone are not enough to express this.”

The Own Your Own Promotion- Triple-T Premium Estate Philosophy?

Triple-T Premium Estate is a registered real estate company in Nigeria, and operates in the business of building best in class property for our clients, however we didn’t want to stop at just serving only high net worth clients, we wanted to do more, we wanted to touch the lives of those who would want a decent home of their own, but this dream looks very elusive or impossible.

Thus, the Own Your Own promotion was birthed from a philosophy of touching lives by doing what we know best, building premium homes and then we offer this to the public through a fair and equal chance process of a raffle draw by buying tickets at the most inexpensive prize when compared to the cost of buying land and building.

The concept though simple, one grand prize winner, of one premium apartment, in every 30days cycle, is no easy feat, but we have worked very hard at achieving this. For the 1st time ever in Nigeria, Nigerians are becoming lucky homeowners from just buying the own your own Raffle Draw ticket for N2000. We are humble and celebrate this achievement.

We built and commissioned in September 2018 the 1st Phase of the Own Your Own apartments.  It’s a block of flats with 9 two bedroom premium apartments in a beautiful and easily accessible location in Abuja. Own Your Own Promotion for Phase one commenced in October 2018.

Our 2nd Phase is now nearing completion, while designs and approval for our 3rd Phase are already in progress. At Triple-T Premium Estate we are excited at the possibilities ahead of us; our long-term vision is to be able to offer to Nigerians via the Own Your Own Promotion 120 houses in a year, that’s 10 brand new houses to be won every month by Nigerians. 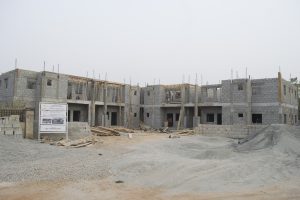 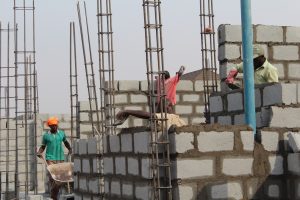 When you buy a ticket and enter the own your own promotion raffle draw, you stand an equal chance of being the winner as with all other participants who bought a ticket for that raffle draw.

Tickets purchased also helps us to keep this vision alive and sustained. We have made a colossal investment in starting and running the own your own promotion and the majority of our revenue still go into acquiring lands and building new apartments for the Own Your Own Promotion as part of our long-term continuity plan.

All our properties are well documented as we get all relevant approvals, and pay for all permits to the appropriate government agencies before the commencement of constriction activities. All Own Your Own Promotion apartments are designed and built to the highest standards by Triple-T Premium Estate, Architects and Engineers.

Each passing month our league of brand-new homeowners continues to grow, all winners in the Own Your Own promotion get a 100% Home Ownership no additional charges and no hidden or extra fees demanded what’s so ever upon winning and this unbeatable guaranty, distinguishes us.

On our draw day, the lucky winner of the grand prize immediately gets the keys of the apartment they’ve won and a signing ceremony is held the very next day (working day) where we sign and transfer all title documents to the winner and present the winner/owner a Winner Certificate.

A lucky winner can only win once – as part of our terms and conditions winners and their immediate family members are no longer eligible to participate subsequently in the promotion, thus other participants yet to win, can all stand a chance at being a winner.

Sale of tickets for the next raffle for the month of February is still open, and entries for this month’s raffle draw closes on the 27th of February 2019.

Want to OWN YOUR OWN?

To be part of the Own Your Own promotion, it’s easy a participant just needs to purchase tickets and enter the monthly raffle draw. Each ticket cost N2000 and multiple tickets can be purchased. Every ticket has a unique ticket number, and your tickets once purchased is collated by an independent auditor and is entered into the draw. 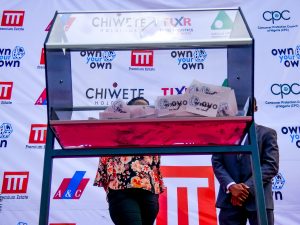 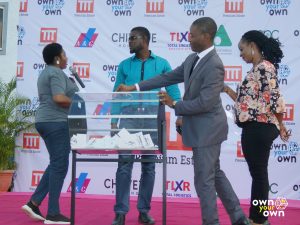 One live raffle draw is held every month, after collation and verification of all tickets purchased for the month. This process is conducted by the independent auditing firm (Adenusi and Company) who manages the process of all live draws and ensures total transparency of the raffle draws. This promotion is approved and regulated by the Consumer Protection Council (CPC) and the Nigerian Lottery Regulatory Commission (NLRC)  and officials of these agencies of government are present at each live raffle draw to monitor the draws, ensuring all it follows laid down guidelines.

Our live draw events are exciting and fun-filled, beside the grand prize of a two-bedroom premium apartment, participants at all our live monthly draws also stand a chance to win a range of household and personal items as part of giveaway consolation prizes. 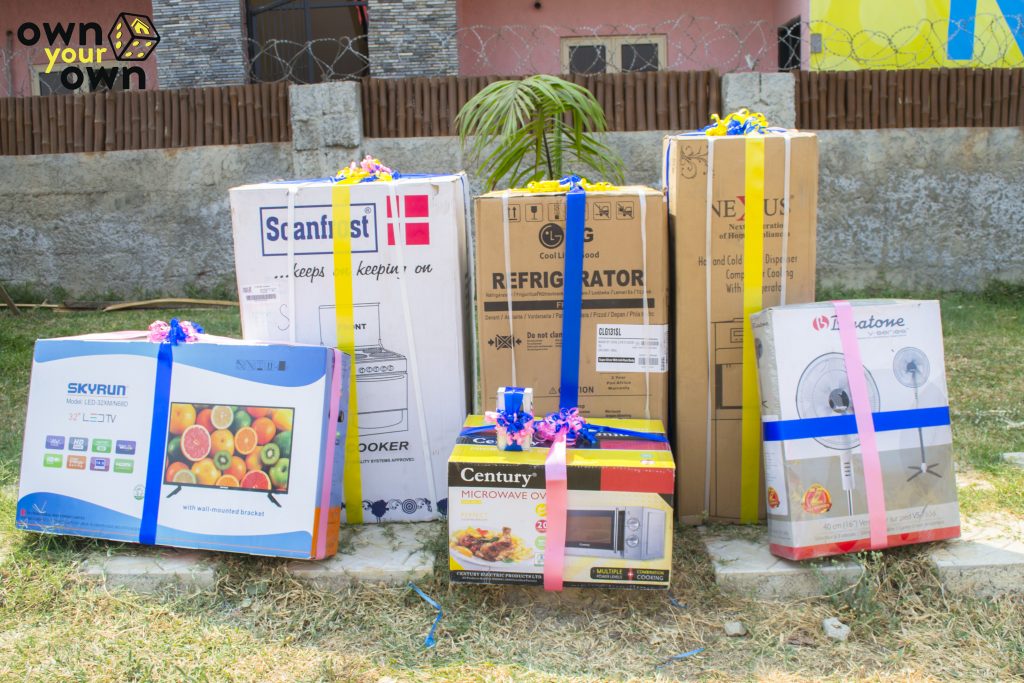 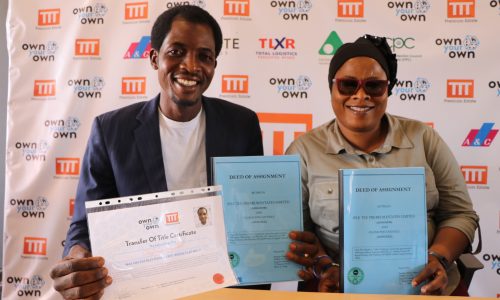 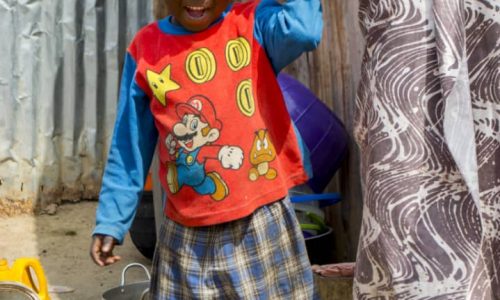 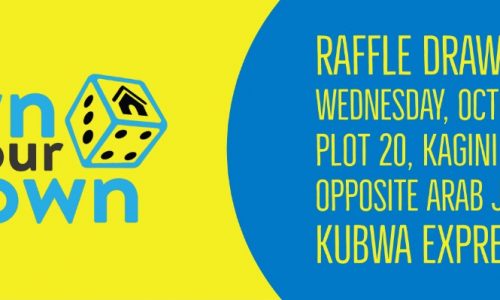